“You Should Be Dancing” is a single by the Bee Gees, from the album, Children of the World, in 1976. The single hit number one for one week on the U.S. Billboard Hot 100, number one for seven weeks on the U.S. Hot Dance Club Play chart, and in July the same year, reached number five on the UK Singles Chart.The song also peaked at number four on the Billboard R&B chart. It was this song that first launched the Bee Gees into disco stardom, although rock-oriented drums and guitars can be heard in the background. It was also the only track from the group to top the dance chart.

The song was their third Billboard Hot 100 number-one and their sixth number-one in Canada. It ended up the year as the #31 song of the year on the Hot 100. It also hit number four in Ireland. In Australia, where the brothers spent a number of years in their youth, it managed only to nick the top 20.

“You Should Be Dancing” is known today as the first chart-topper in which Barry Gibb uses his now-trademark falsetto (he had previously used it on the top-10 “Nights on Broadway” and on “Fanny (Be Tender With My Love)”. Earlier songs, such as Jive Talkin’, had Gibb use a melodic blue-eyed soul vocal style.

The song was prominently featured in the movie Saturday Night Fever and appears on its soundtrack album. Live performances of “You Should Be Dancing” during the 1979 Spirits Having Flown tour featured the Bee Gees’ younger sibling, Andy Gibb, on backing vocals.

This song and the scene from the movie containing the song were seen and heard in the film Short Circuit. Other movies where the song is heard are Donnie Brasco and Despicable Me.

The Boston Celtics also play this song when they are about to win a basketball game accompanied by the ever popular “Dancing Gino” video from the television show American Bandstand. Recently, the Tampa Bay Rays have started playing the song at home games between innings. 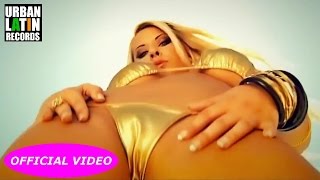